The most traded currencies on the FX market are the U.S. Dollar, the Euro, the Japanese yen, the Swiss franc, the Canadian dollar, and the British pound.

The Swiss franc is regarded by many as a sort of “neutral” currency. Part of this reputation comes from the fact that the Swiss National Bank actively takes steps to ensure that the franc only trades within a fairly small span. Combined with Switzerland´s long-term social and political stability, the Swiss franc has earned the image of being a safe haven within the FX market.

The Swiss franc is the currency and legal tender of both Switzerland and Liechtenstein. It is also legal tender in Campione d´Italia, an Italian exclave surrounded by the Swiss canton Ticino. 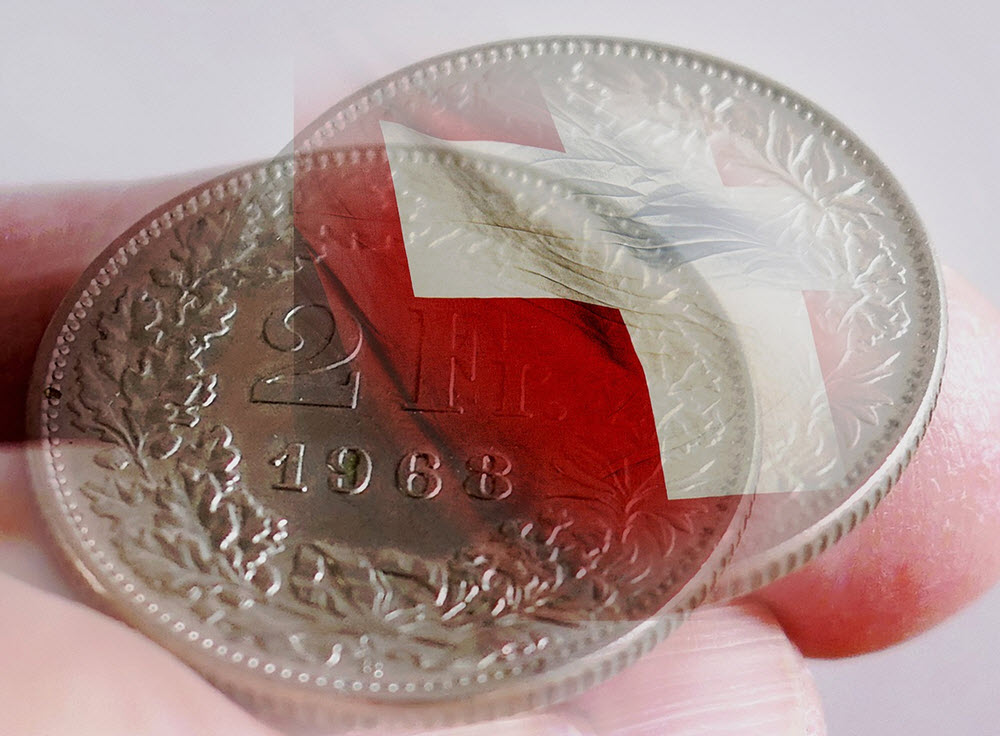 Short facts about the Swiss franc

The smaller denomination of the Swiss franc is 1/100 of a franc. It is named Rappen (Rp.) in German, centime (c.) in French, centesimo (ct.) in Italian, and rap (rp.) in Romansch.

As the Greek sovereign debt crisis escalated in 2011, investors sought safety in the Swiss franc and the price of the CHF started rising steadily against the USD. The spread of the crisis to other parts of Europe, and the continuing debt crisis in the USA, helped fuel the situation. Before 2011 was over, the nominal short-term Swiss interest rates had become negative.

In August 2011, the Swiss National Bank (SNB) took measures to counteract what they called a “massive overvaluation” of the franc.

On 6 September 2011, the bank set a minimum exchange rate of 1.20 francs to the Euro, i.e. they capped the franc´s appreciation. Just before, the exchange rate was 1.095 CHF for 1 EUR, indicating that the Swiss franc would soon be on parity with the Euro. In conjunction with the capping, the SNB announced that they were prepared to buy foreign currency in unlimited quantities.

Within 15 minutes after the announcement, the exchange rate had changed from 1.12 CHF for 1 EUR to 1.22 CHF for 1 EUR, and the Swiss franc had also lost 9% against the U.S. dollar. On the day of the announcement, the CHF also fell at least 8.2% against all 16 of the most active currencies. This chocked some FX traders, who had previously regarded the franc as a safe haven, and who had not believed that the SNB would employ such effective measures.

In December 2014, the SNB tried to save its cap by introducing a negative interest rate on bank deposits, but to no avail.

SNB abandoned the cap on 15 January 2015, and the franc quickly increased in value by 30% against the euro. Among FX traders, the day became known as Francogeddon, as the plan to remove the cap had not been announced in advance. By the close of the trading day, the franc was up 23% against the euro and 21% against the U.S. dollar.

Several significant currency trading companies and spread-betting firms suffered major losses. Alpari did for instance declared insolvency, FXCM needed to be bailed out by its parent company, and Global Brokers NZ announced that it could no longer meet the minimum capital requirements required by law.