The sloth bear (Melursus ursinus) is native to the Indian subcontinent. It is lankier than the Asian black bear, and sports long and shaggy fur with a mane. 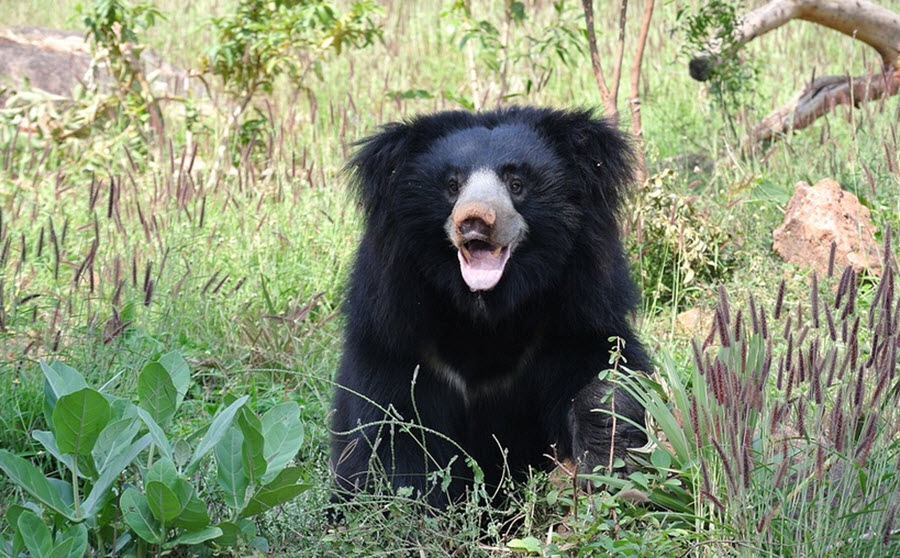 The sloth bear is listed as Vulnerable by the IUCN. The main threats are habitat loss and habitat degradation. One of the major sanctuaries for sloth bears is the Daroji bear sanctuary in Karnataka, India.

The sloth bear is found on the Indian subcontinent, including India, Sri Lanka and Nepal´s southern lowlands. It used to live in Bangladesh as well but is now extinct there.

The sloth bear chiefly feeds on ants, termites and fruit, but will also supplement its diet with other things, such as plant matter and occasional carrion. It loves honey and honeycomb.

The sloth bear is a very skilled hunter of ants and termites. It can locate ants and termites by smell, and use its long lower lip and palate to suck them up. If it encounters a termite mount, the sloth bear will employ its powerful claws to scrape its way to the large combs present at the bottom of the gallery.

In March and April, sloth bears can be observed eating the fallen petals of the mohwa tree. These bears are also known to be very fond of jackfruit, golden shower tree pods, and mango fruit. 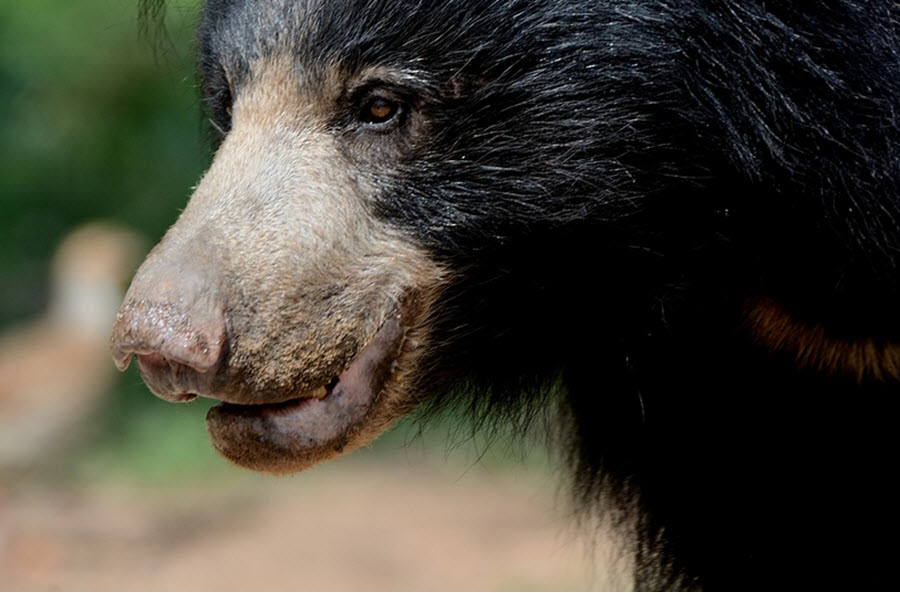 The breeding season varies depending on location.

The average pregnancy is 210 days. The birth will take place in a cave or among sheltering boulders. The standard litter consists of one or two cubs; three is rare. The cubs do not open their eyes until they are four weeks old. Around the same time, they start walking.

The cubs will ride on their mother´s back as she walks, gallops and climbs.

Sexual maturity usually happens at the age of 3.