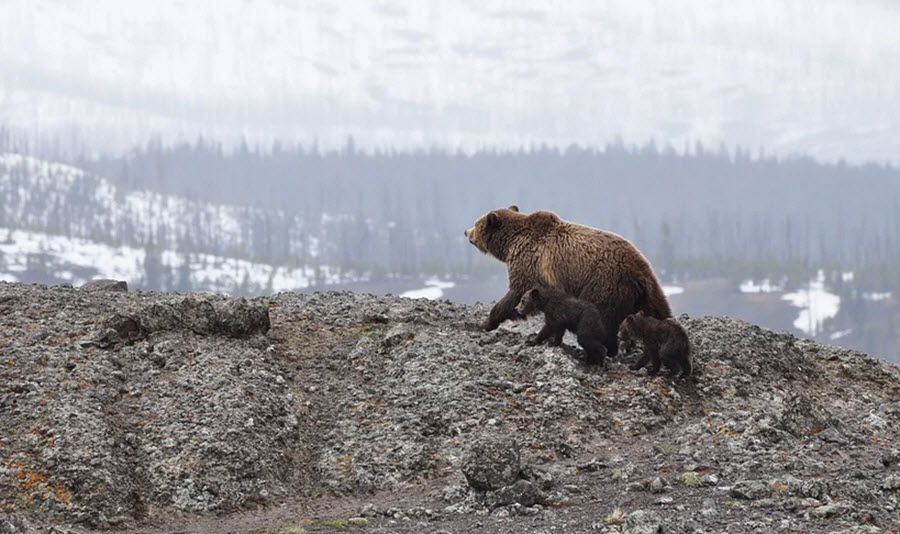 The Grizzly bear is not considered endangered or vulnerable by the IUCN.

Alaska (in the United States) is home to an estimated 30,000 individuals, while approximately 15,000 lives in British Columbia (in Canada).

Only an estimated 1,500 Grizzly bears are left in the lower 48 states of the United States, and they are limited to Montana, Wyoming, Idaho and Washington. Roughly 800 of them live in Montana and around 600 in Wyoming (in the Yellowstone-Teton area). The rest of the grizzlies are found in northern Washington or northern and eastern Idaho.

Originally, the Grizzly bear had a much larger distribution which included much of the Great Plains and the south-western states.

Grizzly bears tend to stay away from each other except for mating, but there are some exceptions. In coastal areas, numerous grizzlies can gather to feed in the same vicinity during the salmon spawn.

Also, cubs stay with their mother for up to two years.

If necessary, the Grizzly bear hibernates or are in a deep form of rest for 5 – 7 months during the cold season. Grizzly bears often pick a den on a north-facing slope for this.

The male grizzlies usually venture out from the den in mid-March, while females come out in April or May.

Coastal bears tend to spend less time in the den than inland grizzlies, because they have access to more food. In some cases, the winter rest will be skipped altogether because there is enough food around to sustain the bear throughout the winter season without entering winter sleep. 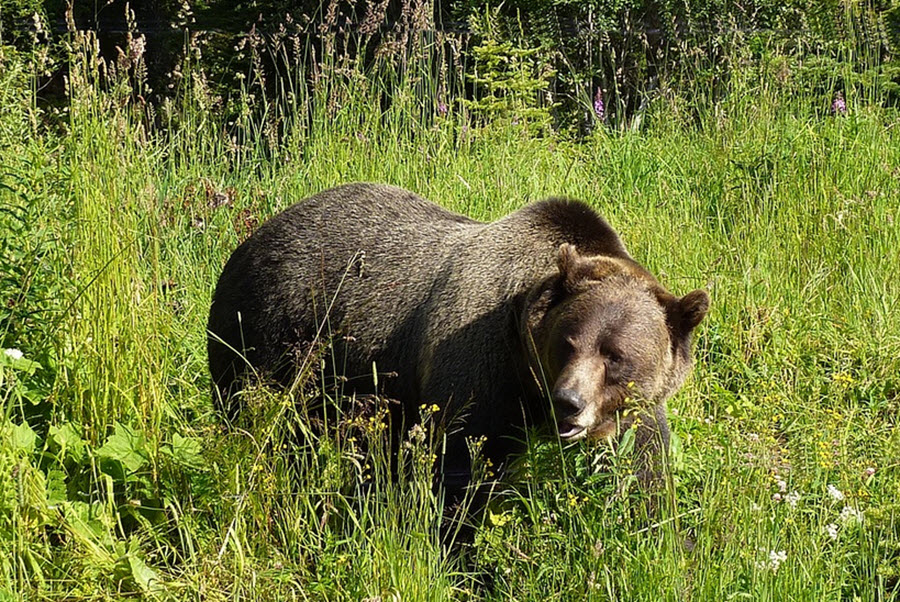 Grizzly bears do not become sexually mature until they are at least five years of age.

Males engage in seasonal breeding fights with each other.

The female mates with a male in the summer, but delays embryo implantation until she is in her winter den.

The gestation period is 180-250 days and birth takes place in the winter den.

A litter typically consists of two cubs, but anywhere from one to four is considered normal.

The cubs stay with their mother for two years.

The average lifespan in the wild is estimated to 22 years for males and 26 years for females.

The oldest known wild Grizzly bear was a coastal-living individual who lived to be 39 years of age.