The Asian black bear is a medium-sized bear native to Asia, where it lives in the forest. 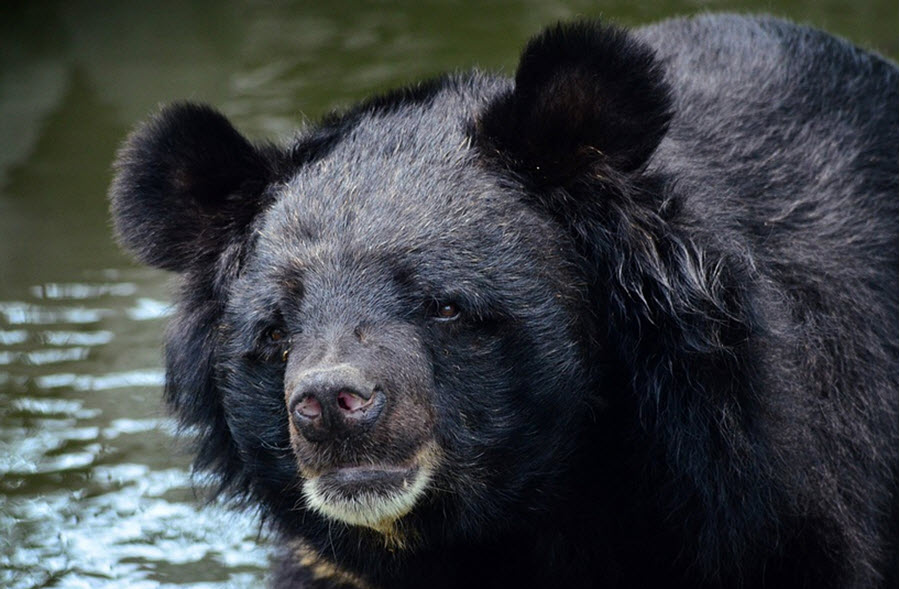 Its scientific name used to be Selenarctos thibetanus, but is now Ursus thibetanus.

This species is considered vulnerable, which is milder than endangered. The two main threats are deforestation and hunting for body parts (to make non-scientific medicines).

Examples of places where you can encounter Asian black bears:

Asian black bears are normally diurnal, but individuals who live near human settlements can become nocturnal to avoid interactions with humans.

They are often seen in small family groups consisting of two adults and two successive litters of offspring. If there is enough food around, they can remain in a fairly small area of two square kilometres or even less.

The Asian black bear is a skilled climber of both trees and rocks, although some adults grow so heavy that they stop climbing. An average Asian black bear will spend a lot of its time in the trees, where it can forage for food, take nap and get away from hazards. This bear is heavy compared to most other arboreal species, and it is also strong enough to break branches and use them to construct nest-like resting spots high up in the trees.

This species of bear will hibernate if necessary, but in most parts of its range hibernation is not required since the winters aren´t very harsh. Also, some individuals will simply migrate to a warmer location in the fall. Bears who have spent to the summer at high altitude in the mountains can walk down to lower elevations and spend the winter season there.

Notably, pregnant Moon bears will usually prepare a den even when hibernation isn´t required because of the wheather.

Asian black bears utilize varying den-styles and can for instance elect to sleep in caves, abandoned brown bear dens, holes in the ground, hollow logs, or dug-out hollow trees far above the ground. Some prefer a steep and sunny slope in the mountains.

The males end hibernation before the females, and females with cubs stay in their dens longer than females without cubs. 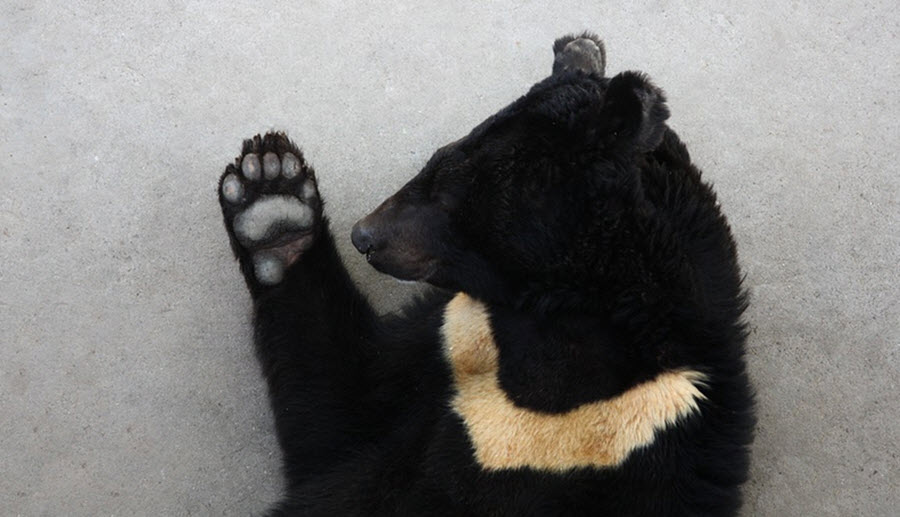